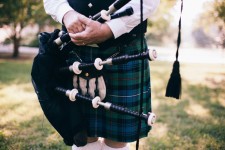 RENO, Nev., March 30, 2018 (Newswire.com) - A lively celebration of Scottish American heritage, the 2018 Tartan Day Ceilidh promises to bring together the tastes, sounds, kilts and cheer honoring festive cultural ties while supporting those who are serving or have served in the Armed Forces.

Event proceeds will support the Scottish American Military Society in their effort to honor veterans of Scottish ancestry who have served –– or are serving –– in the Armed Forces of the United States and the Commonwealth. Membership is open to honorably discharged veterans or active duty or reserve military persons who have served or are serving with any branch of the United States or Commonwealth Armed Forces.

Scottish American Military Society is a 501(c)19 non-profit veterans organization founded and chartered in North Carolina in April 12, 1981. With a mission to preserve and promote Scottish and American Armed Forces customs, traditions and heritage, 97.5 percent of members must be present or former military members. For more info visit s-a-m-s.org. 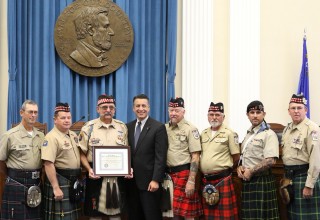